3 bedroom Villa for sale in Bedar

The Government of Andalusia has given the green light to a decree that establishes a reduction of the Property Transfer Tax (ITP), which taxes the purchase of a used home, at 7% 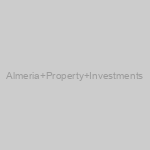